Skip to content
The Future of Technology: Fast Forward to 2050

The Future of Technology: Fast Forward to 2050 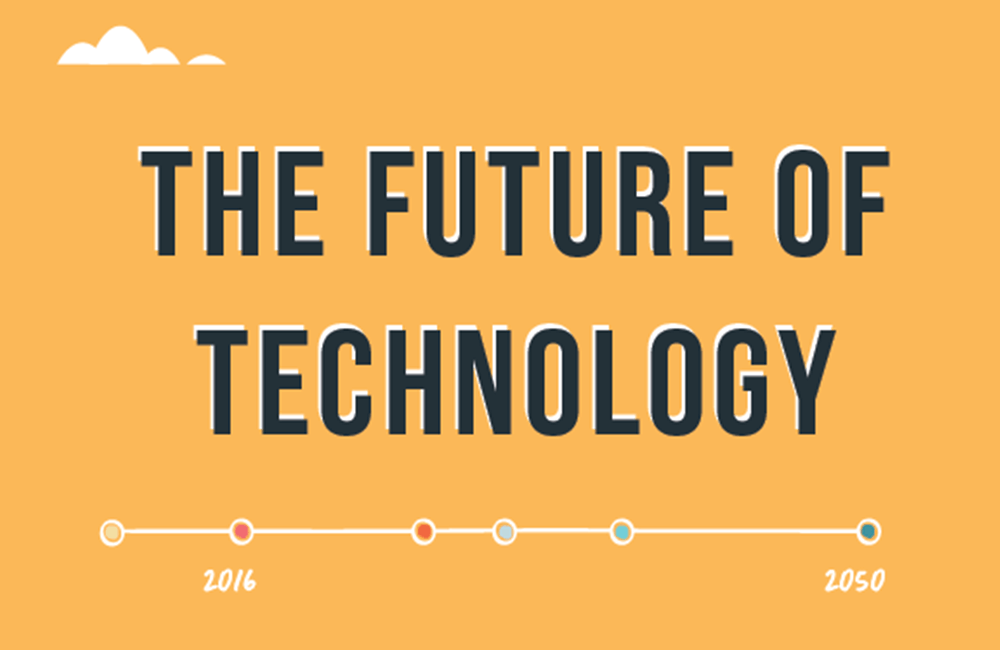 The Future of Technology: From homo erectus & homo sapiens to ‘homo machinus’, using your brain print as a password, and wifi for everyone… Today’s post is about the future of technology. Read on as we explore some pretty interesting technological advances and concepts that could revolutionise the world as we know it.

Will robots eventually replace IT workers?

Towards the end of 2015, Futurologist Ian Pearson referred to an optical brain in a conscious computer that will be a billion times more powerful than the human brain, even featuring emotions and senses. Pearson made reference to the stages of man from homo erectus and homo sapiens to what he called homo machinus, within 150 years.

He suggests that by as soon as 2018, the future of technology could mean a robot possessing a higher IQ than most humans may be replacing your job as an IT Professional…

Digital versions of ourselves.

Furthermore, Dmitry Itskov, founder of the 2045 Initiative, believes that by 2045, you’ll be able to create a digital version of your human consciousness which is stored in a synthetic brain and an artificial host, known as ‘Digital Immortality’. His plan to digitise human consciousness means that in theory, humans will actually be able to back themselves up to the cloud.

Other projects like Blue Brain may eventually provide other insights into developing digital immortality. The Blue Brain Project‘s goal is to create a virtual model of the human brain, allowing neuroscientists to test procedures and treatments on the digital ‘brain’ in order to find out how a real human brain would react.

A team at Binghamton University, New York, have studied the way your brain signals change when reading a set of acronyms, and applied this to the way a computer verifies it’s users. To put it simply, your computer may be able to identify you based on the way your brain reacts to certain words. With each person taking part in the research experiment reacting differently, the system was able to predict which individual was using the system with a 94% accuracy. This means that in the near future, instead of using a password you could simply listen to a few words in order to access your PC.

Interestingly, these brainprints are as unique as fingerprints.

Will ‘Space Internet’ mean wifi for all?

PayPal and SpaceX founder Elon Musk is awaiting permission to send almost 4,000 small satellites into a low-Earth orbit of 650km, to provide a high-speed wireless internet signal to everyone on the planet. The first series of test satellites are set to be launched this week, with a view of completing the project by 2020. The move to ‘Space Internet’ is Musk’s first step towards developing communications networks with Mars for a future colony.